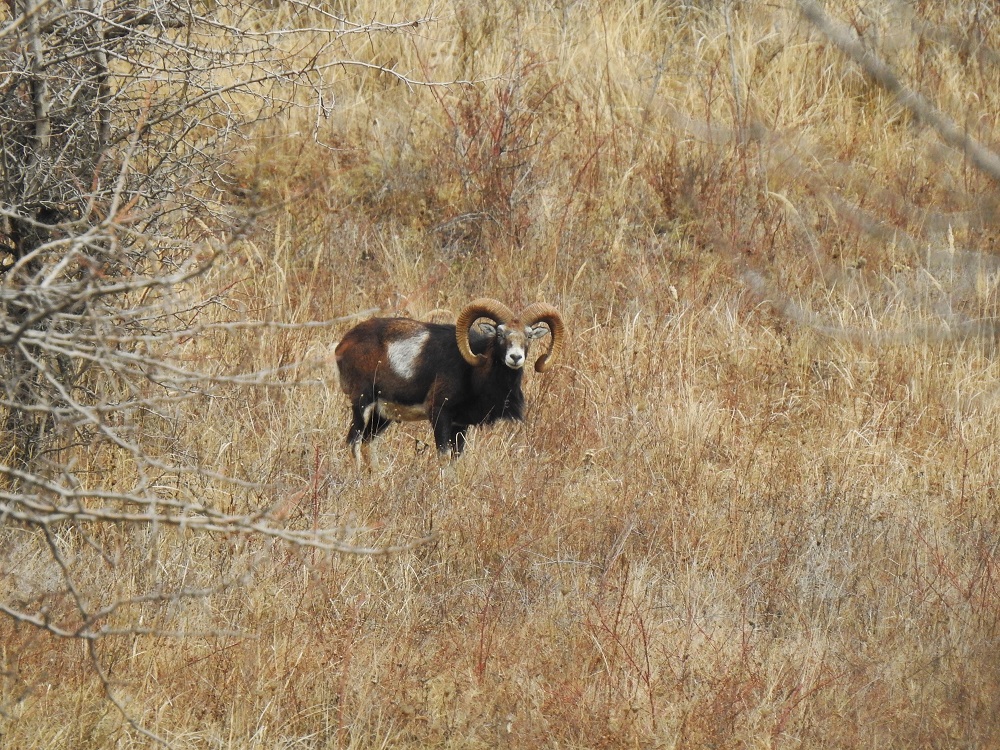 The European mouflon (Ovis orientalis musimon) is the westernmost and smallest subspecies of mouflon. Their bloodline traces back to the Mediterranean islands of Corsica and Sardinia, but they were introduced into many other regions of Europe around the 19th and 20th century. Thanks to their survival abilities and the strict European game management their numbers are constantly going up. To this date, Mouflons are the only huntable wild sheep in Europe (with the exception of Aoudad in Spain) and in most countries there are no season restrictions. Mouflons rely on their fantastic eyesight for protection from predators. Hunting these alpine dwellers in the mountains and thick forests via spot and stalk with only a rifle on your back is a real challenge that everyone should try at least once in their hunting career. To me there is only one true natural state of an animal and that is: wild, born and bred. Mouflons are the most widespread and commonly-hunted mountain game animals in Europe and they are found in a huge variety of terrain and habitat types, from dense forests and lowlands to the alpine mountain ranges above. I am truly blessed to have access to a mountain area in Central Europe. In this beautiful place, where it’s peaks, valleys, creeks are covered in ancient oak, beech and locust trees I had the pleasure to hunt Mouflons almost every year over the past decade. The best time to go after them is in mid-September – November when the rut is on and you can combine it with hunting roaring Red Stags. 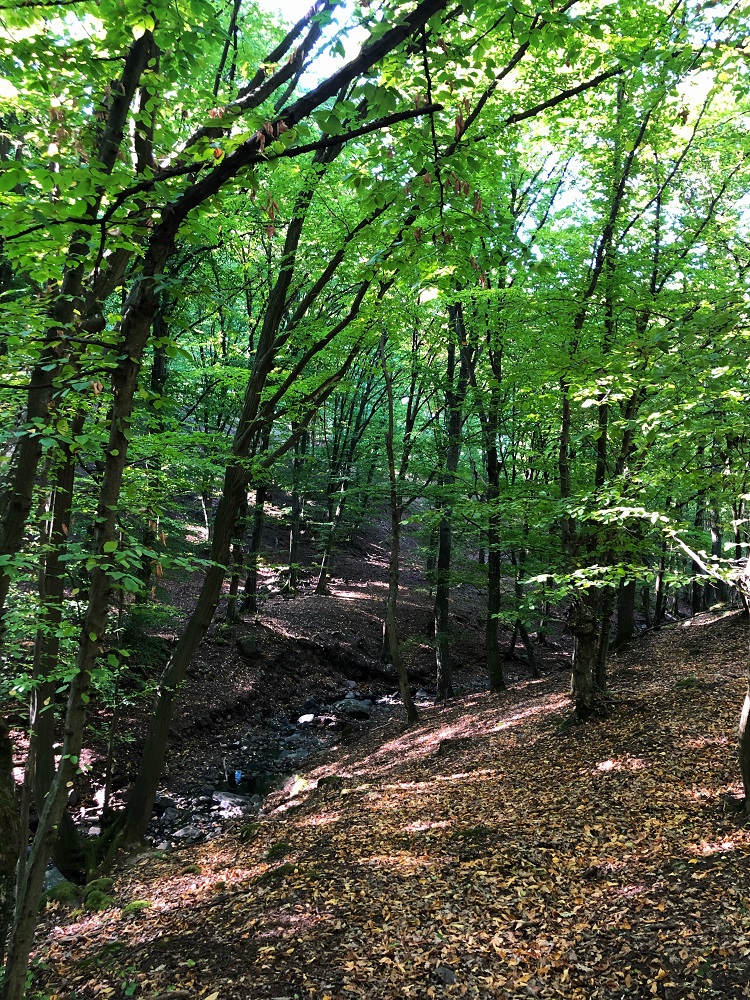 January is also a great time, provided there is snow which usually pushes the rams down to the valleys and lower areas, and after the rut, they form bachelor groups. These hunting days are really a hit or miss; you either see 25 rams a day or maybe nothing. It was September 22, our last day of the trip and only a few hours before we had to head back to the airport. We were tired after 10 days of hard hunting and walking over 150 km after rams and red stags, but since my friend already got 2 nice stags, we were on cloud nine and tried our luck with the rams one last time. 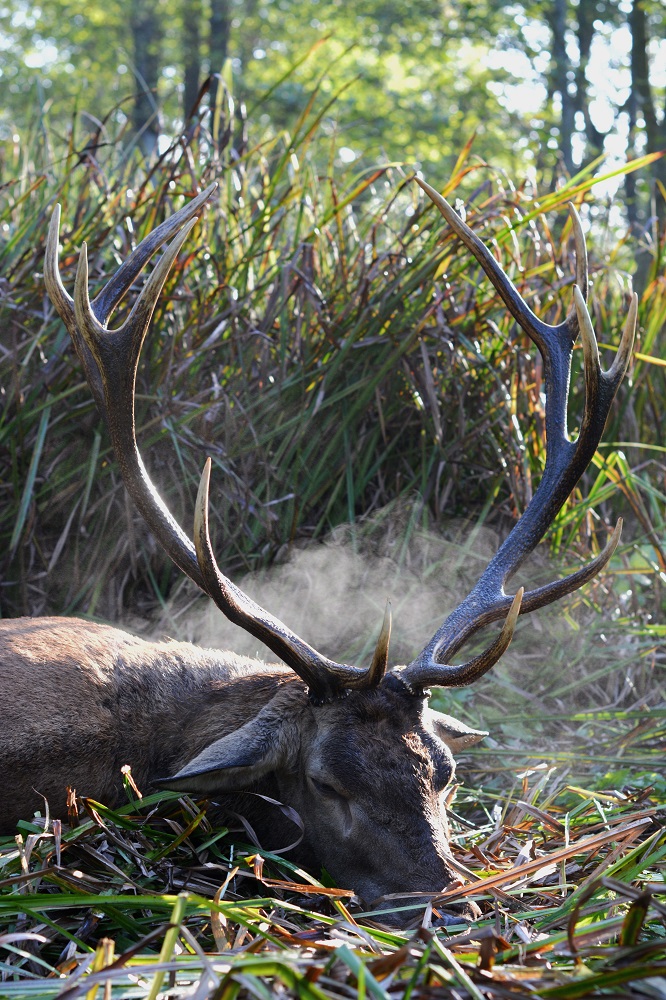 As so often while hunting mouflons, when all odds are against you, the warm weather, the noisy leaves that sound like walking on cornflakes with every step, the changing wind in the valleys, the ankle pain, the weight of your backpack and rifle…. that’s when miracles happen. I do believe you earn a ram with patience, hard work and luck…and not kill it with only a
bullet itself. 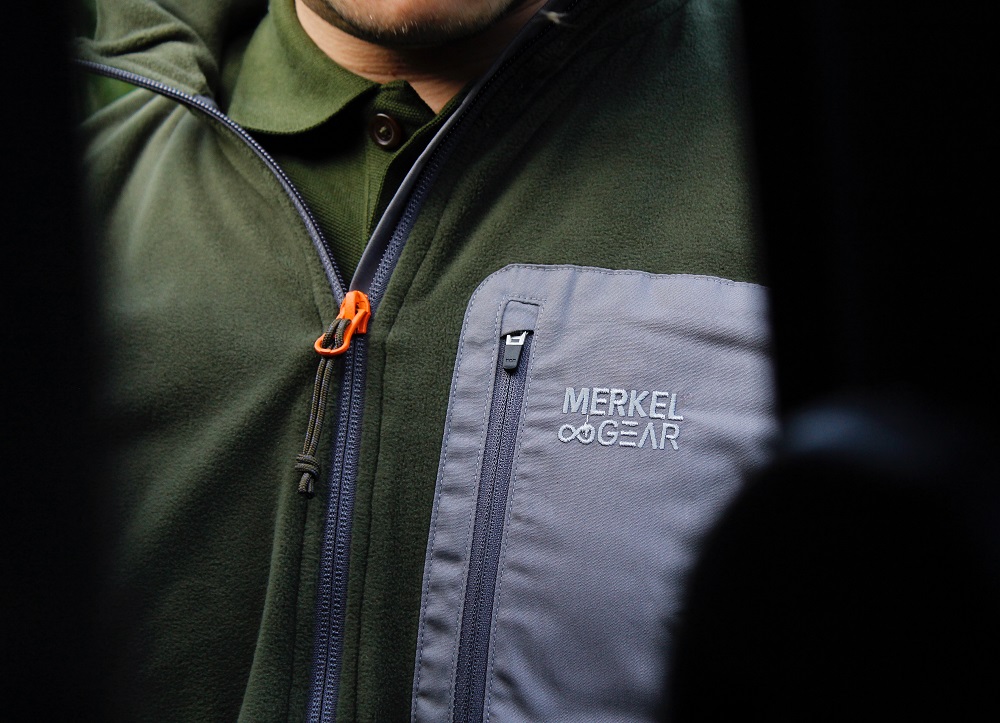 As we were making our way back to the car reaching a valley after 4 hours stalk, I looked up on the hillside and spotted a white dot in the distance. My heart immediately started racing. I knew what it was, a white saddle on the back of a ram. I slowly raised my binos and between two trees some 180m away there he stood, a fantastic lone ram with heavy broomed horns.
Something we always dream about but so rarely cross paths with.

Opening the sticks and finding the ram in the scope took only a split second. Safety off, deep breaths and a slow movement of the index finger…boom. The shot echoed through the valley and the ram dropped in his tracks. We waited five minutes, giving time for the mouflon to expire and make sure he needed no second shot. They are extremely though animals. 10 steps, 20 steps…100…180, there we were, next to the fallen champion. He was everything we hoped for and even more. Counting the rings on his horns, he was at least 8 years old, a lone ram with plenty of scars from fighting. He surely lost his last battle to a younger ram, which is why he was on his own this time of the year. A Dream Mouflon by any means. A gift from the mountains on our last hunting day… (Mark @adventures.bound) 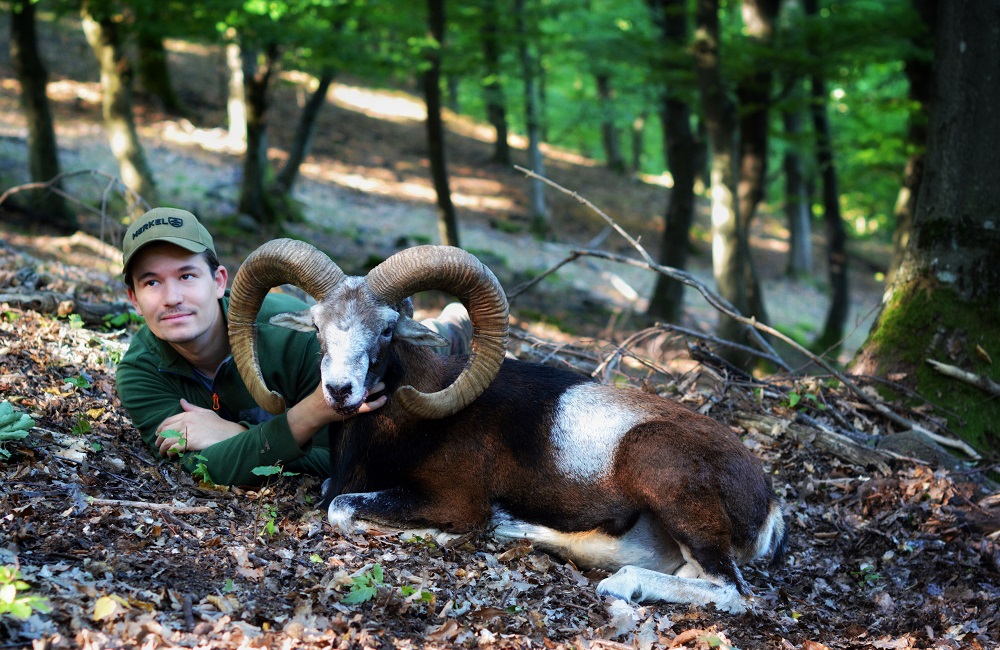