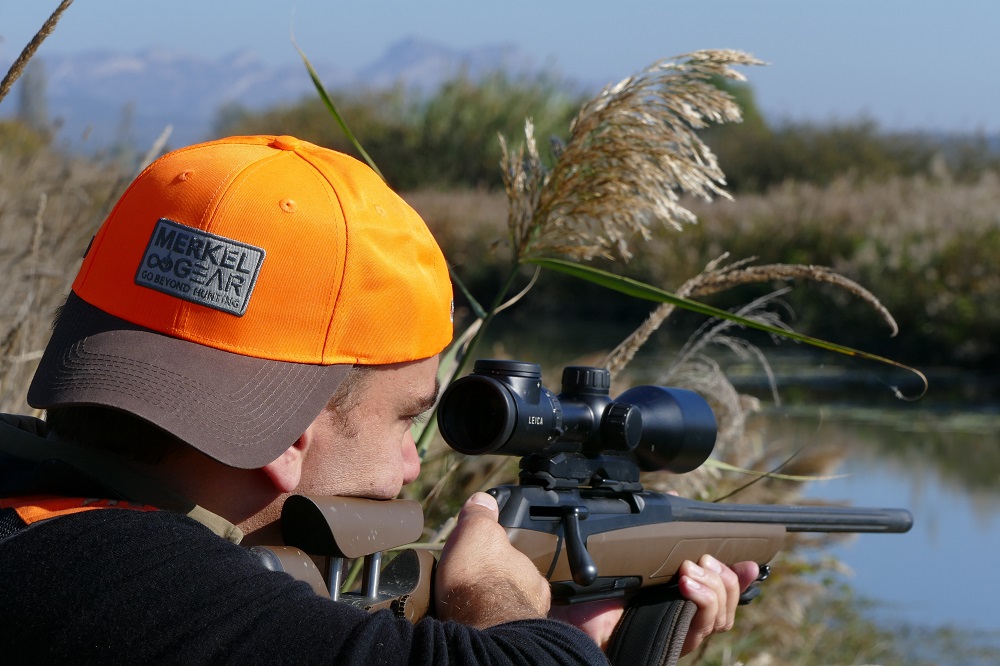 White Horsehairs and Black Bristles
The Rhône River delta, is one of France’s most important stops for migratory birds of the eastern Palearctic. It’s not only important to the avian kind though. Between the river’s arms, which mingle with vast reed surfaces, wild boar have found an ideal refuge. Welcome to Camargue, for a hunt between earth and sea.

In June the first cohorts of tourists make their way towards Saintes-Maries-de-la-Mer. The area which links the capital of the Camargue with the terra firma is a special hybrid environment. Here the surfaces of water border cereal cultures, the two environments separated by infinite bands of oversized reeds. A mosaic of landscapes covering the trifle 145,000 hectares makes this unique region a sanctuary for the wild fauna and more particularly the avifauna of which censuses count 343 species. Crops, thickets, water: all ingredients that are needed to make wild boar feel welcome. This however, is to the great displeasure of local farmers who already have enough trouble on their hands with the meteorological elements.

Once arrived at “Saintes,” the visitor is welcomed by a monument crowned with a Camargue cross. This work was built in 1926 by a local sculptor and symbolizes the association between the herdsmen and the fishermen, the two key components of the Camargue people. The cross ends in a trident, an anchor and a heart. Here, people don’t mess around with religion, and what a coincidence, we had a meeting with the high priest of the Camargue black beasts. Our guide was none other than Marc Monnet, a local boy who knew the Camargue like the back of his hand. The 40 something with a friendly smile and impeccable hair is reputed to be the nightmare of any wild boar, a game that he prefers hunting by stalking, or with the help of his horses. We would try a bit of everything. Follow the guide! 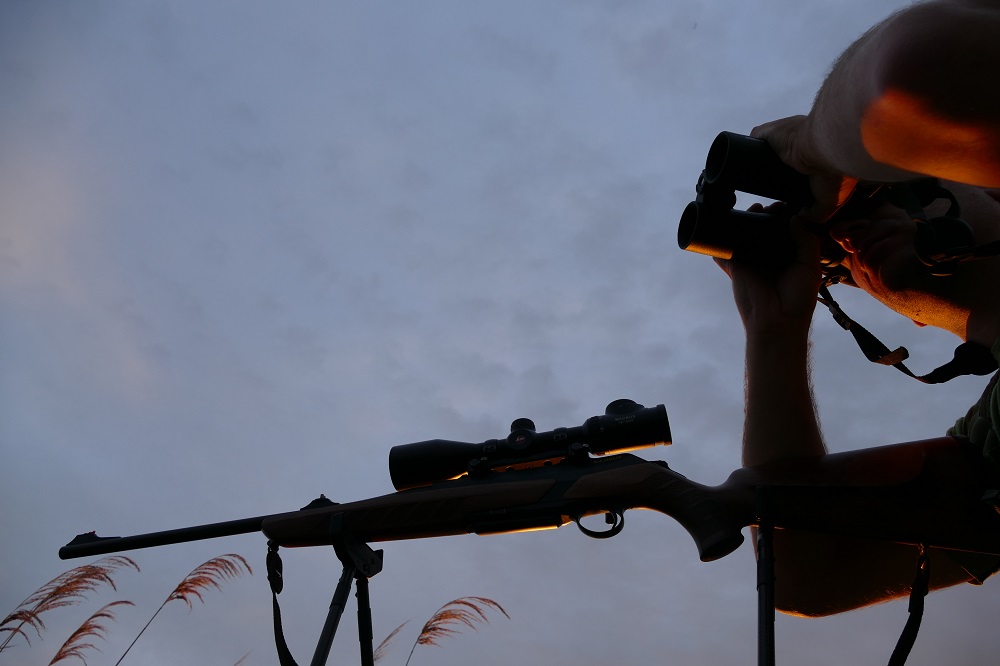 After eating an excellently grilled fish on the beach, we left to discover the depths of the Camargue. The Mistral wind was barely blowing, and Marc became worried for his guests, as the swamps not only provided shelter to birds and boars… As we stepped out of our vehicles, billions of mosquitos attacked. Even before we could clothe ourselves in protective outfits, dozens of rostrums sunk into our apparently very appetizing flesh. Though we had taken care to apply anti-mosquito lotion, it was useless. After a few minutes of agitation, we had theoretically found shelter from the swarm, protected by a mesh that was supposed to stop the insects from reaching our epidermis. They certainly weren’t held up! The vampires continued to throw themselves upon us and the shield held only in areas where a space between the exterior and interior was maintained. It was hell on earth. Luckily, a net protected our faces effectively and we surrendered our forearms to the ruthless blood suckers. As we stalked, we passed across a gigantic swarm of mosquitos. It was impossible to concentrate on the hunt. A young boar appeared out of nowhere, but his life was spared thanks to the insects that monopolized our attention. After two hours of progression between reed beds and rice fields, the sun set and we returned towards the vehicles. Suddenly, Marc stood still and murmured “they’re in there!” It would have been impossible to distinguish what we were looking at without our binoculars, it was already too dark. 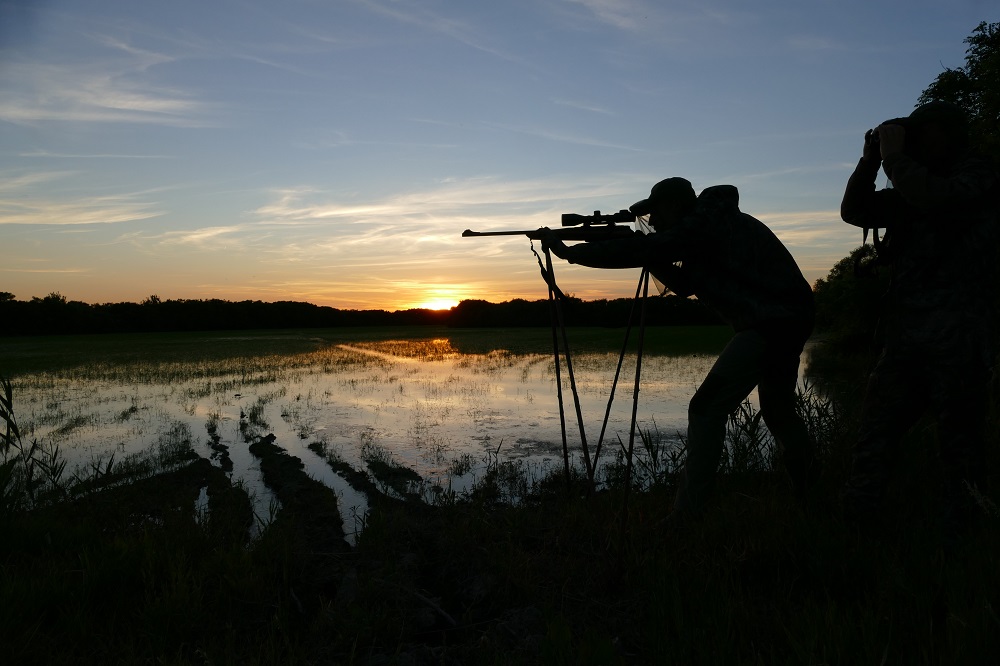 The scope with an objective of 56 mm felt comfortable with the situation, and the illuminated point instinctively positioned itself on the shoulder of one of the beasts. The shot rang out and the muzzle flash provoked the retina’s retraction: it was completely black. A few grunts, splashes in the water, and then nothing. A nightingale sang a few melancholic strophes, not at all disturbed by this commotion. Marc attempted to spot the boar’s body with his flashlight, but the rice had already risen. We would have to cross the stretch of brackish water on foot to recover our animal. No sooner said than done, we stood barefoot, in boxer shorts, in the rice, with our mosquito friends enjoying the scene wholeheartedly. Meanwhile, our colleague Ernest awaited our return, sat on a high seat under the siege of a billion female insects who dreamt of doing him in. What a joy! In the end we found a small wild boar sow that had travelled a good hundred meters with the bullet. We also collected Ernest, who had been devoured by the miniature vampires despite his super anti-mosquito outfit designed by an army of engineers… none of which had ever set foot in the Camargue mud. The evening concluded with medical treatment consisting of thorn removal and corticosteroid application. There were bramble thorns stuck in my left foot, and more than 300 bites that transformed our forearms in a massive deformed piece of flesh. The volume of the inflammation strangely resembled a Russian weightlifter in the 1960s.
The next morning we left Saintes-Maries-de-la-Mer under a star studded sky to assist in a very special kind of hunt for boar. In fact, certain zones in the Camargue “benefit” from an integral protection where hunting is banned by some narrow-minded screwballs. Hence Marc, has to work around these non-hunting zones and neighbouring crops where the black beasts make their nocturnal raids. We were positioned on a dyke, rifle poised on shooting sticks, ready to confront the “pigs” (term used by the locals for wild boar) who had to cross a strip of water before reaching the cover of their reserve. We were accompanied by Nicolas, a young farmer and hunter, who clarified that all animals except for females with piglets should be harvested. The moment he was finished giving instructions, three shots rang out to our right. Marc and Oliver seemed to be in the hot spot. 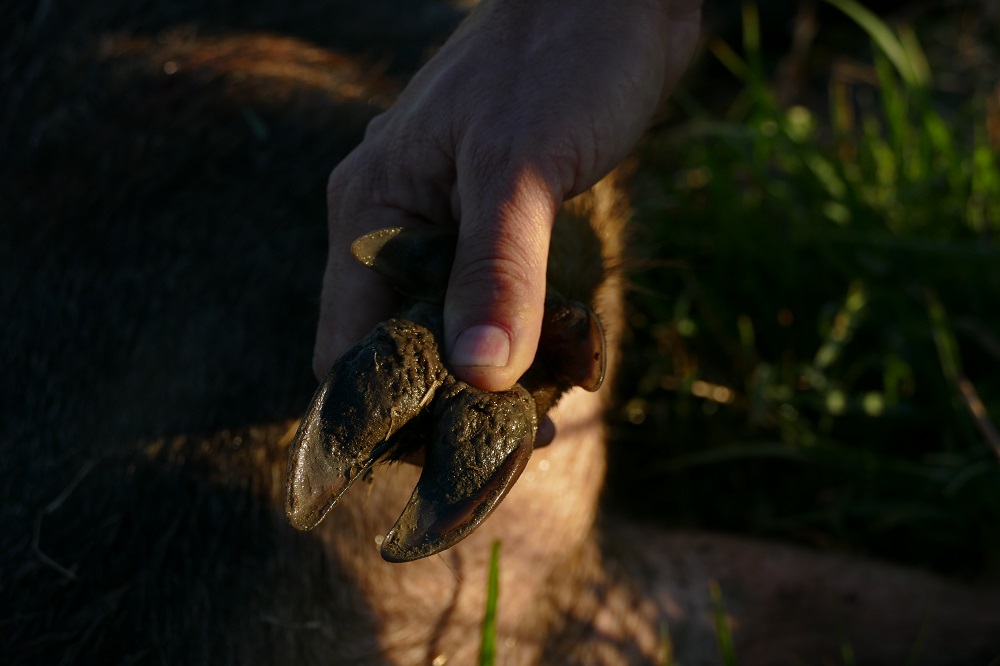 In total they shot five animals in one hour. On our side only a sow accompanied by five piglets crossed the line of fire. It was their lucky day. Once the sun flooded the countryside we could see the Alpilles in the distance, a mountain chain that defines the Northern Camargue, as well as a flock of pink flamingos travelling the azure blue skies. The Mistral blew in gusts and forced the mosquitos to retreat, and we could finally enjoy this naturalist’s paradise while recovering our colleague’s wild boar. It was time to set a course for the Maguelonne farm. There, Nini, a childhood friend of Marc who shares his passion for wild rides on Camargue horses, welcomed us. With the same name as the famous bulls, the Camargue horses have frequented these areas since mankind made its appearance here. These short equines live semi-free and are perfectly adapted to the aquatic environment. Once more, Marc instructed us behind the scenes of this marvellous area, where he comes to recharge his batteries between each bull fight. Our boar aficionado is a professional bullfighter. But that’s an entirely different story. Olé Marco!